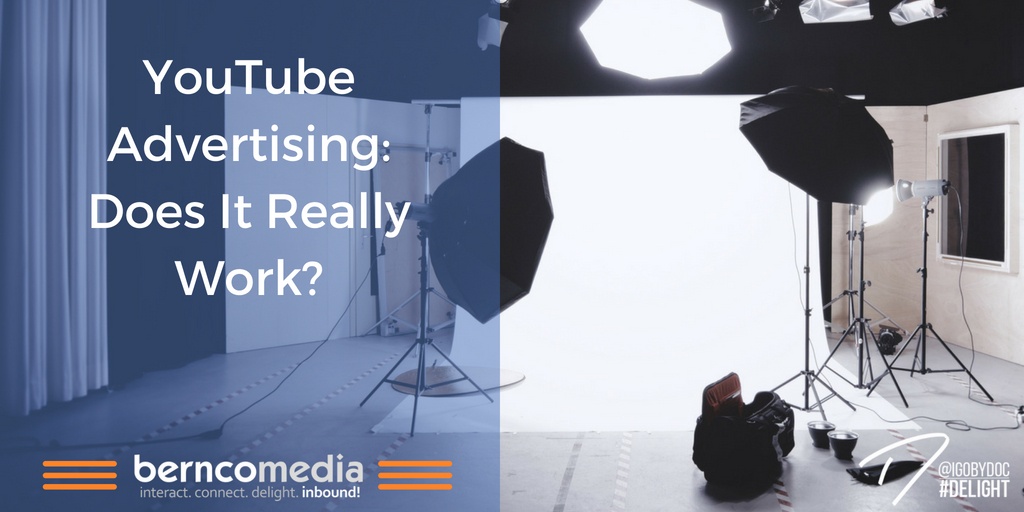 When was the last time you bought something because of a pop-up ad on the Internet? When was the last time you clicked an ad on Facebook, or on a banner on the side of a blog you were reading? Chances are you've never done that on purpose. It's also pretty likely that you've taken precautions to block ads on your computer, and on your mobile devices. After all, they're intrusive and annoying, so you probably don't give them a second thought. However, if you're a business, the little returns on Internet-based ads can seem quite frustrating.

Which is why so many advertisers are turning to YouTube to help them get their products in front of more people, to increase their exposure, and their sales.

This is a question that a lot of people are asking, according to New Media Rock Stars. Because on the one hand, YouTube gets billions of dollars a year from advertisers (an estimated $4 billion in 2014, though some guesses put it near to $5 billion). Who would pay that much money for a service that had no concrete results? On the other hand, YouTube hasn't been studied with the intensity that services like Facebook have. And it's easy just to assume YouTube would have similar results, which is a less than .01 percent return, according to a rundown of how often Facebook ads actually get someone to make a purchase.

The short version is that YouTube ads do work, but they work because they are different from more traditional digital ads. For example, the mobile TrueView ads allow mobile viewers to choose one of two different ads to view before they see a video. The very act of making a viewer choose which video to watch created engagement, and made it more likely for them to view the ad, and to act on the contents. As an example, the Broadway show Cinderella saw a 12 percent boost in ticket sales after advertising on YouTube. Additionally, Mercedes Benz saw a 69 percent view rate on their ad. Given that it was 14 minutes long, that is a somewhat notable success.

That kind of success is not guaranteed, but it is indicative of the platform that YouTube can point to success stories like these that are directly tied to an ad campaign.

YouTube ads can work, as the numbers show. However, you still need to make sure that your ad will be able to reach the audience you want, and that it will be engaging. That is a lot easier said than done.

One of the biggest keys is the length. While Mercedes Benz showed it was possible to get a lot of engagement on a lengthy ad, the advice from Inc. is to keep any video ads between 90 seconds and 120 seconds. The more straightforward your product or service is, though, the shorter you can make your ads. The point is to get across how great the thing you're offering is and to do so in a snappy, memorable way.

Aside from length, though, you need to think about content, budget, and style. Perhaps the most important thing to remember is not to make a funny commercial if you (or your product) are not funny. Keep a consistent tone, and make sure you engage with the viewer. You want a video that's memorable, and that doesn't feel too intrusive. Also, you want to make sure it's somehow connected to the video the audience is trying to watch... like how if someone is sitting in the theater for a rom-com, you probably won't have a lot of success with a slasher movie preview. Or vice versa.

For more information about YouTube ads, and how you can make them work for you, contact us today!