What Have Businesses Learned From Pokemon Go? 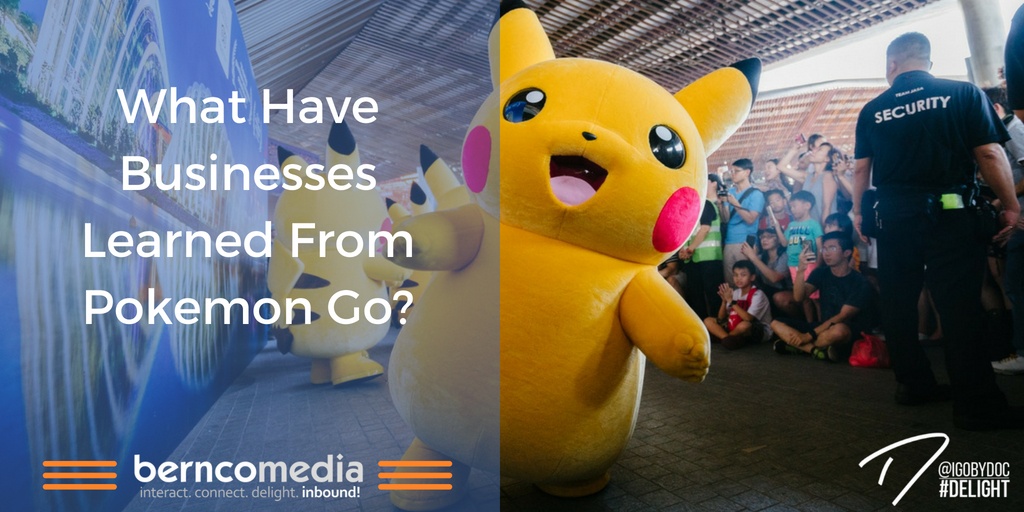 Pokemon Go was one of those explosions no one could have predicted. The game had nearly no marketing, but soon after its release back in 2016 it became one of the most popular games of all time. Everyone, it seemed, was out hunting Pokemon. They were in parks, wandering college campuses, and meeting up with friends to hike far and wide in pursuit of the virtual beasties. It was, without doubt, one of the greatest successes of an AR (augmented reality) game ever seen.

What does that have to do with marketing? Well, Pokemon Go was a game where users would hunt the titular creatures via an app on their phone. The twist was they had to physically go to the locations in question in order to catch them.

Capitalizing on the game's popularity, businesses would attempt to become Pokestops, or gyms, which were places players would congregate to compete, or to catch new Pokemon. It also meant these locations were continually getting new foot traffic, and it was fairly likely that players would purchase while they were there. Even if it was something small, it was still a sale that otherwise wouldn't have happened. Even better, as word of mouth spread, more players looking to capitalize on the business's digital offering would show up, ensuring a steady flow of foot traffic.

Every generation achieves a new normal when it comes to technology, and smartphones are the new normal for generation Z. These communication devices are key to how society works, and we use them for work, for play, and for everything in between. Canny marketers know that the best way to reach those customers is to do so through the digital world because that's where they're more likely to get results. Businesses who capitalized on the success of Pokemon Go showed the potential of opening up to AR the same way businesses who first got in on Facebook showed the potential of social media.

The only question now is whether AR is a fad, or whether it will become the next big wave marketers need to integrate to get the best results.