3 Things You're Doing Wrong With Your Social Media Marketing 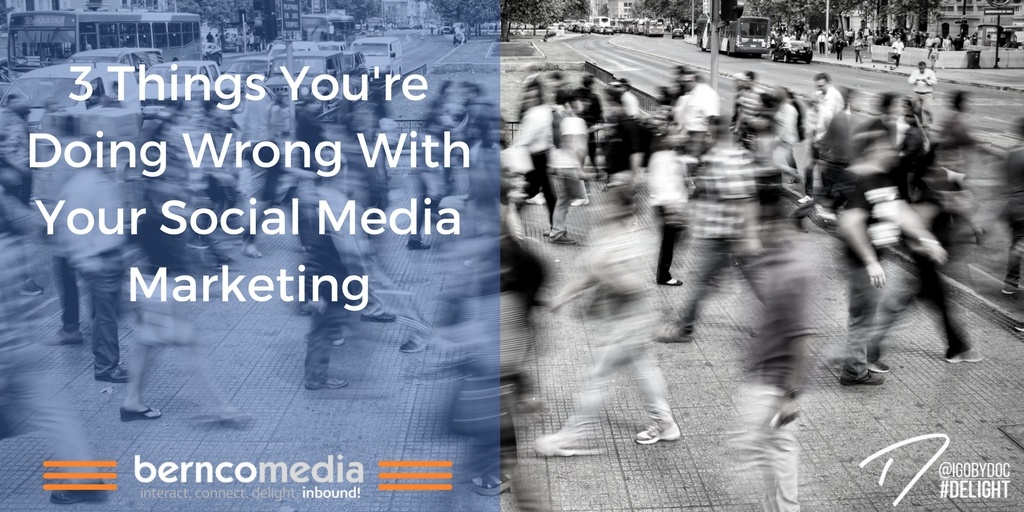 Social media marketing looks so easy from the outside, doesn't it? You just put together a post telling the Internet what's great about you, send it on its way, and wait for the waves of praise and followers to crash upon your shores. If you've been chucking messages in a bottle into the ocean of the Internet, though, and you haven't gotten much in the way of a response, here are three mistakes you might have made.

Mistake #1: You're Not Seen As Part of The Community

People who join social media communities, whether it's a forum or a Facebook page, see it as a place for like-minded folks to come together and share. If all you're doing it showing up, shouting about how great you are, and then bugging out again, people are going to think of you as spam. So interact with folks, share your thoughts, and become a member of the community. Then try to recruit followers. You'll get a much better result.

Mistake #2: Posting Too Often, Or Not Enough

Never make posts faster than people can see and respond to them. Otherwise, you overwhelm people who might otherwise have been interested. On the other hand, don't post so rarely that people forget about you. You need to find a sweet spot where you're getting a steady, regular response. So look at your numbers, and schedule your posts so that your followers get a sense of when they should expect to hear from you. It helps.

With that being said, each network has their own rules of the road. So, test posting. You may be able to get away with posting dozens of times a day to Twitter, for example. But, maybe not so much on Instagram or LinkedIn.

Social media sometimes turns into the lottery, with a million people deciding spontaneously to follow your page because your funny post went viral. Most of the time, though, you add a few people at a time. Don't think of your social media marketing as a TV commercial, or a radio ad that has to show results by the end of the month. It's a garden, and you need to tend it for it to grow. And when it does, well, there will be quite a bounty.

And on this note: Do not use automated following services guaranteeing you thousands of followers. These are usually just bot accounts, and while they inflate your follow count, your messages fall on deaf ears.

For more things you can do to fix your social media marketing strategy, simply contact us today!